Your Browser is not Supported.

We recommend the latest version of Safari, Firefox, Chrome, or Microsoft Edge.

In 2018, the Marvel Cinematic Universe finally delivered on something fans had long been waiting for: a feature film with a solo Black superhero.

Black Panther introduced viewers to the stunning world of Wakanda, a fictional African country with incredible technological advancements, and to T’Challa, a young man stepping into his role as king and taking up the mantle of the Black Panther title from his late father.

The unforgettable story, coupled with the film’s mega-success, has undoubtedly shaped the future of superhero cinema, in addition to genuinely changing viewers’ lives. Why Wakanda Matters gives this iconic film the in-depth analysis it deserves under the lens of the latest psychological concepts-as well as delving into the lasting cultural impact of this unforgettable story.

Edited by Sheena C. Howard, an award-winning author, filmmaker, and scholar, Why Wakanda Matters: What Black Panther Reveals About Psychology, Identity, and Communication features a collection of essays from leading experts in a variety of fields who offer insightful perspectives on topics such as:

Fans of the movie and those interested in deeper discussions about the film will revel in this thought-provoking examination of all aspects of Black Panther and the power of psychology.

Sheena C. Howard is associate professor of communication. She is an award-winning author, filmmaker, and scholar. In 2014, Sheena became the first Black woman to win an Eisner Award for her first book, Black Comics: Politics of Race and Representation. She is also the author of several critically acclaimed books and comics books on a range of topics. Sheena is a writer and image activist, with a passion for telling stories, through various mediums, that encourage audiences to consider narratives that are different than their own. In 2014, Sheena published Black Queer Identity Matrix and Critical Articulations of Race, Gender and Sexual Orientation. Sheena is the author/editor of the award-winning book Encyclopedia of Black Comics and the cowriter of the comic book Superb, about a teenage superhero with Down syndrome. In 2016, through her company Nerdworks, LLC, Sheena directed, produced, and wrote the documentary Remixing Colorblind, which explores the ways the educational system shapes our perception of race and “others.” 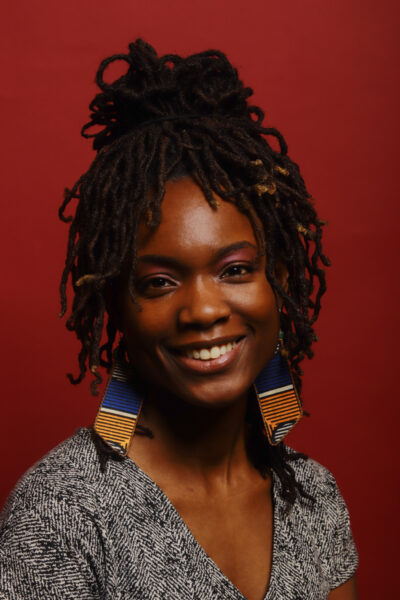 Subtitle: What Black Panther Reveals About Psychology, Identity, and Communication

We use cookies on our website to give you the most relevant experience by remembering your preferences and repeat visits. By clicking “Accept”, you consent to the use of ALL the cookies. However you may visit Cookie Settings to provide a controlled consent.
No, AdjustAccept All
Cookie Settings

Analytical cookies are used to understand how visitors interact with the website. These cookies help provide information on metrics the number of visitors, bounce rate, traffic source, etc.

Advertisement cookies are used to provide visitors with relevant ads and marketing campaigns. These cookies track visitors across websites and collect information to provide customized ads.

Get the latest news, updates, and special offers delivered to your inbox.